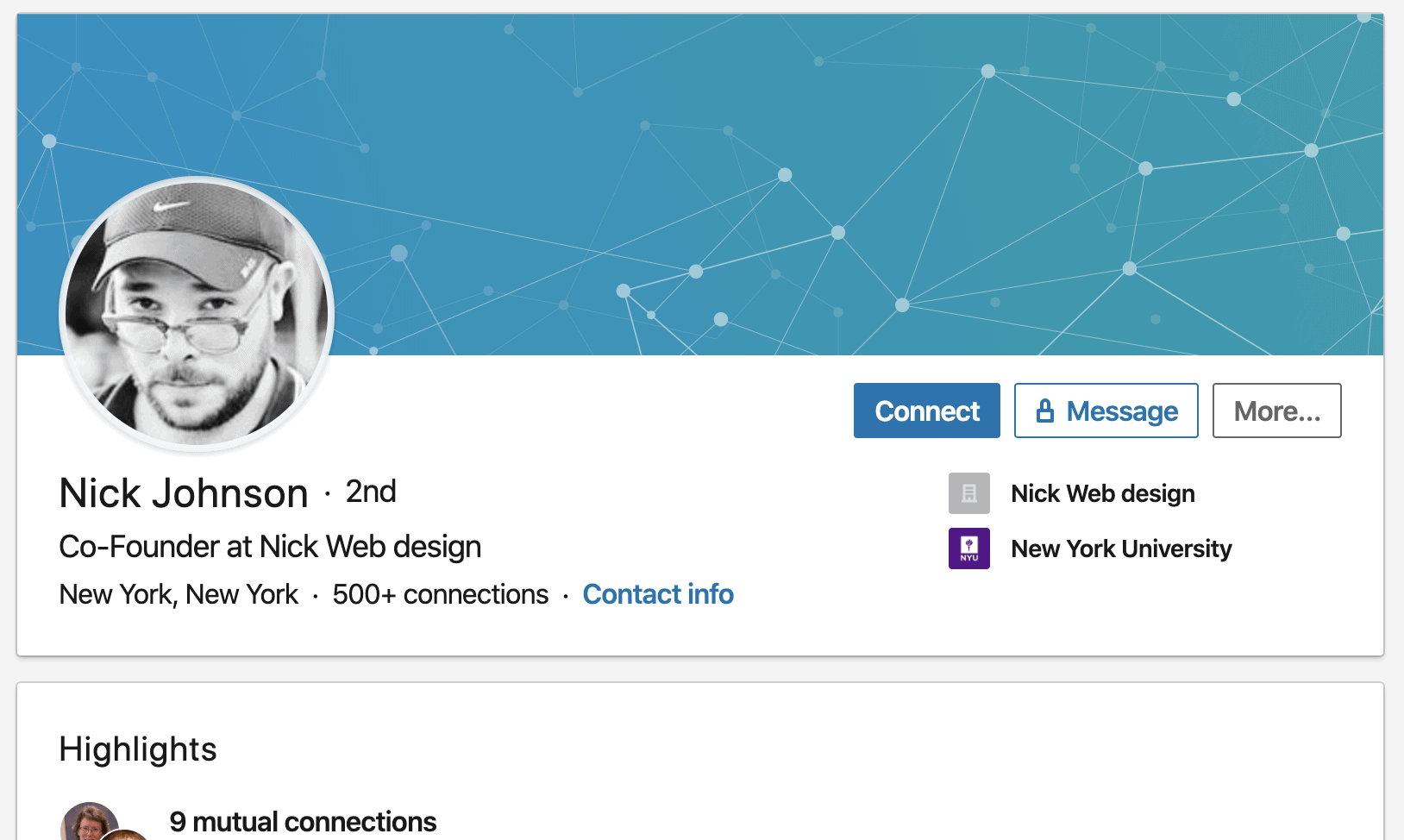 Chances are the LinkedIn contact request you just received is not from a real person.

LinkedIn can be a great tool for finding new business. The shady operators have realized this too and have weaponized the platform to target unsuspecting members. How exactly do they do that? Here’s what I found out.

As the owner of a Washington, DC WordPress development company, I typically get about a dozen of LinkedIn requests from random people each month.

At first, I thought there was no harm in connecting with these folks, but after I got the same schpiel from several of them, supposedly different people, I realized what their MO was;

In most cases the connections we have in common are people with large networks, so they’re just going for biggest bang for their buck.

It’s easy enough to fall for the fakes because on the surface they look like legitimate LinkedIn profiles: A professional-looking headshot, a name that does not stick out (Hey, with a name like Antti Koskenrouta, I know how that can be), and experience and background that seems pretty relevant to your own. And who doesn’t want to have more connections on LinkedIn? It’s the platform’s idea after all.

So how can you spot a fake profile, so you don’t fall prey to these people?

The anatomy of a fake LinkedIn profile

Based on my experience, fake profiles tend to share similar attributes. Let’s use the profile of “Nick Johnson,” who wanted to connect with me recently, as an example:

Given all these facts, it’s obvious that “Nick” is not a real person, which leads us to this question:

Why do they do this?

Why would someone go through the trouble of building a fake profile just to get more connections? I can only suspect these actors are trying to grow their networks so that they can target more and more people with whatever they’re selling.

In my case, they usually offer WordPress outsourcing or SEO services. Even though they say they’re US-based (often based in Texas), judging by their price range, these providers are most likely in India or somewhere else in that region.

As mentioned above, even if the new connection doesn’t want to buy, they’re already gotten ahold of their connections, and probably are already busy spamming them with contact requests. After all, many of your LinkedIn connections might be in the same field making them relevant targets for these services.

Be vigilant, and don’t friend a bot!